Benjamin Keat (or Ben) realizes his childhood dream. He goes on the “Grand Tour”, an educational trip of Turkish-occupied Greece in order to capture and study the classical antiquities. At the time, this trip was for a young Englishman the key for opening doors within high society. Due to his design skills, he is immediately integrated in a team of Italian artists who are working on the sacred Acropolis rock on the behalf of the English diplomat Lord Elgin. A while later, Lord Elgin serving as an ambassador of Great Britain at Constantinople, sends a proclamation signed by the High Porte. The Turkish Governor of Athens (Voivode) gives permission to the team of artists to remove anything they want from the Acropolis of Athens, as well as the surrounding monuments.

Ben realizes he is trapped. Although he believed he was part of a team working on a historical research project, he realizes that he has been serving Lord Elgin’s ambitious and selfish plans: the transfer of the Parthenon marbles to Great Britain in order to decorate his majestic holiday villa. Ben, seeing the destruction of this monument which transcends the boundaries of hubris and fearing the wrath of the gods, violently opposes this action. Lord Elgin is annoyed by the turmoil and decides to send him back to Britain. He makes him board the privately-owned ship “Mentor”. In the ship’s hold, Ben discovers 17 boxes full of marble sculptures.

“Mentor” begins its journey from Piraeus port with a calm sea, but further away – just outside Kythira – it sails into a fierce storm and the ship sinks.As Ben fights with the waves he realizes that the sinking is the work of Nemesis (divine punishment). Elgin, ignoring the signs of punishment continues his work and two years later the sculptures arrive in Britain. But in the years that follow, Lord Elgin’s personal and professional life will be completely destroyed. Being in huge debt due to his efforts to salvage the sculptures from the shipwreck, Elgin will sell the sculptures to the government and as a result his goal will never be realized. Ben has experienced both acts of the “play”, Hubris and Nemesis. However, what happened during Catharsis?Were all those who mocked him for his views right or will he be vindicated in the end? 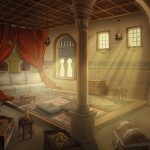 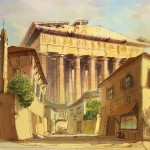 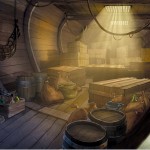 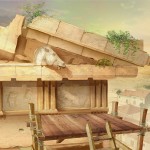 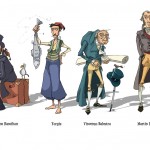 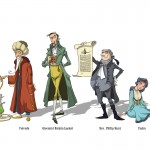 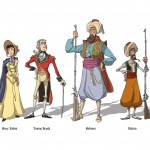 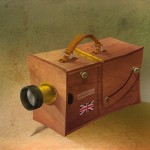