For many years, Jo, a cheerful fifty years old woman, spends her vacations in Greece along with her four sons. That is the only period of year that they are all together. Despite not being wealthy, she has founded a theatre festival like a Greek-French kind of co-production. Meanwhile, this summer Greece is in economic crisis so the festival is cancelled. Jo acts as if nothing has happened. She lies to her eldest son and arrives at the village at the mayor’s great surprise. Without having a place to stay this time, she squats into a large abandoned house, claiming that the mayor gave her permission to do so, in return for the performance she will be offering.

In total ignorance, her two other sons, Fabien and Lucas arrive at the village. Their wives, children and grandmother follow in the next few days. Balthazar, the youngest of the four brothers arrives last. As expected, her fraud is soon revealed and Jo is imprisoned together with three of her sons. They are all extremely angry at her. Finally, they are able to stay at the house in return for the ‘performance’ and some small cash deposits.

However, now she has to keep her word and put together a theatre production with close to nothing. Penniless, but a hard worker and with great talent, her venture soon resembles Hercules labours and is soon transformed into a nightmare. The production is shaped with great difficulties and waggishness. At the end of the performance it is revealed that one of her grandsons has slept with a young Greek local. It is the final straw, a committee which is made of the Mayor, the priest and some local Greeks, demands their deportation of the island. Jo tries to leave quietly, but Balthazar discovers her and picks her up in a helicopter, in total disappointment of the other three brothers who are left behind and determined not to move an inch. It is the end of a beautiful adventure. However, is Jo’s work as a mother over? 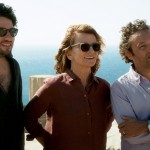 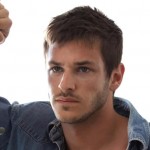 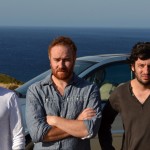 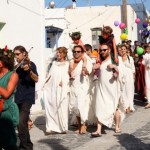 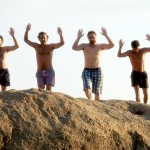 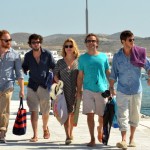 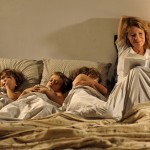 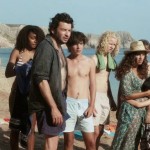